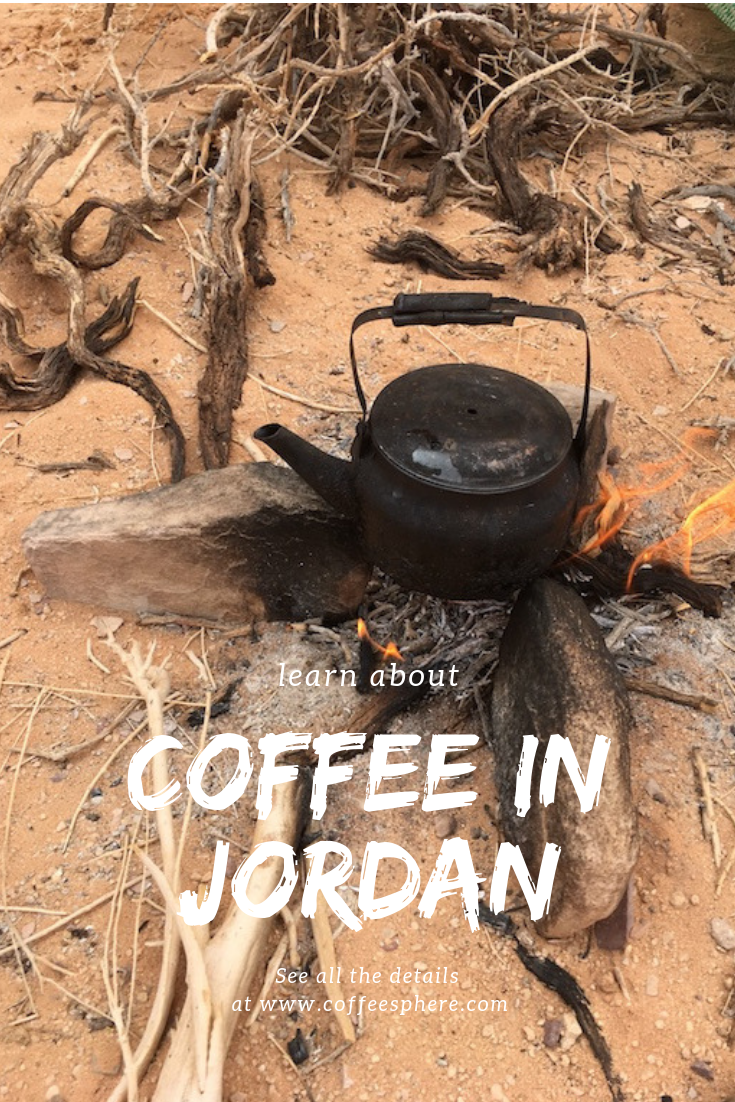 In Jordan, coffee holds center stage in all homes and for all occasions. You cannot take coffee away from Jordanians.

Coffee plays an integral part in the Jordanian culture – it’s a symbol of hospitality where it is the first drink served to guests. It’s a drink to resolve family or community tensions, and a drink used when a man is asking for a hand in marriage from the “future” father-in-law.

The hostess in Fairmont Amman’s concierge lounge told me how coffee is used in a marriage proposal:

If a man wants to marry a girl of his dreams, he has to set a date to see the girl’s father with his “jaha”(family). On the day of the meeting, the head of the groom’s household will represent and be the voice for the groom. He will stand and ask for the girl’s hand in marriage in front of her family and the groom’s family. He will recite verses from the Quran and say all the good things about the groom.

When that is done, the girl’s father will stand and offer a cup of coffee to the groom’s representative if he accepts the proposal.

The answer is no if coffee is not offered to the groom’s representative.

Coffee is available 24/7 in Jordanian homes. Every household has a traditional Arabic coffee pot (dalah), demitasse and a tray of sweets. 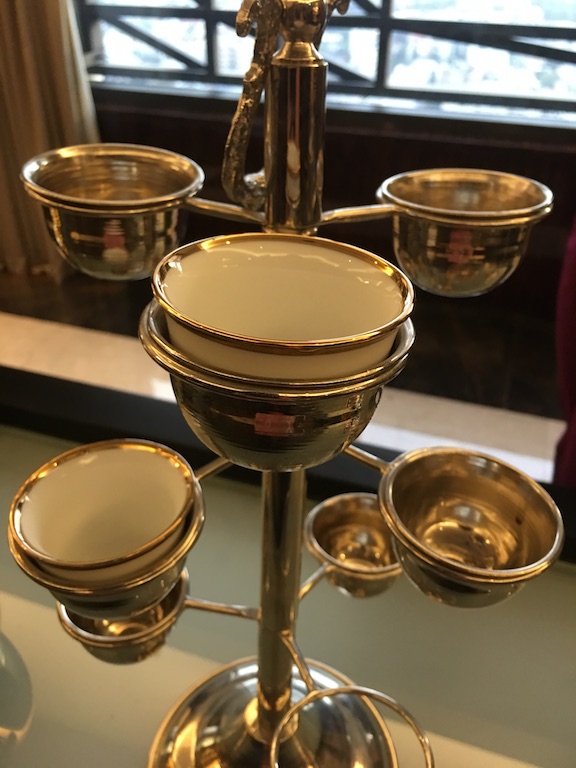 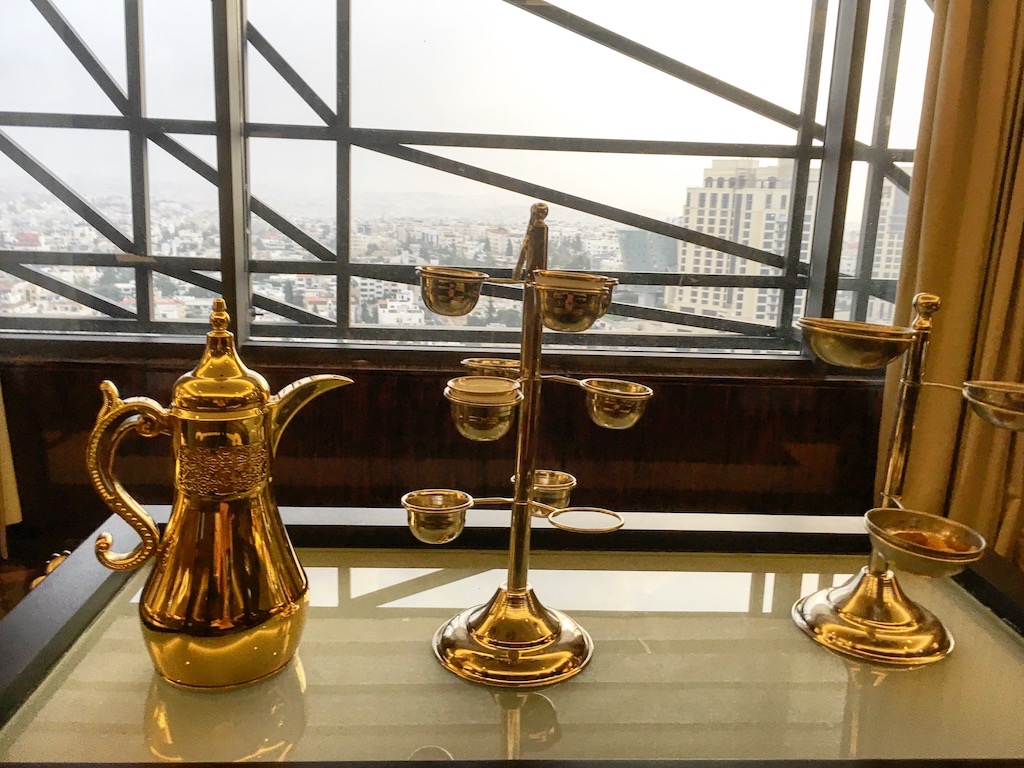 Use your right hand to hold the demitasse, not your left when you’re offered a cup of coffee. The coffee is served three-quarters full. To be polite, you have to drink three cups of coffee. After three cups, you can tilt the cup from side to side or place the index and middle fingers of your right hand on the rim of the cup – both symbolizes you don’t want anymore. 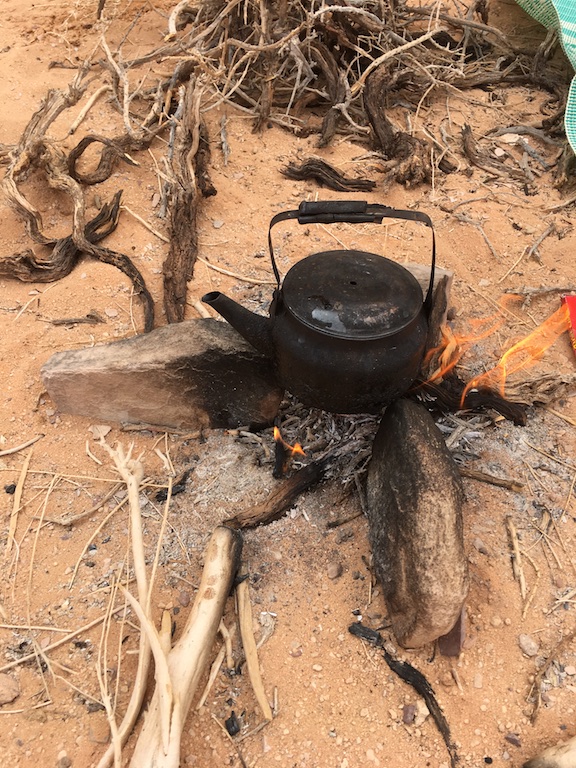 In this instance, coffee was served in a disposable cup. 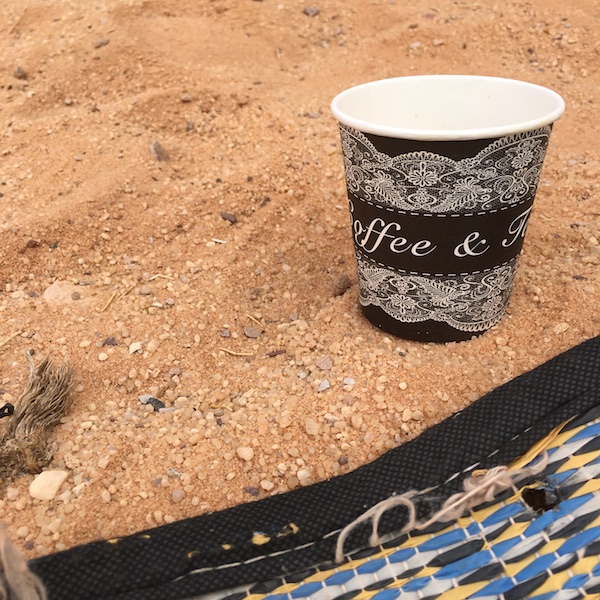 In Amman, especially in and around Rainbow Street, many cool cafes serve specialty coffee, Jordanian coffee, and Turkish coffee. Most serve coffee along with western breakfast and local foods. Guests have the opportunity to try shisha smoking. Shisha or hookah is a way of smoking flavored tobacco through a mouthpiece that is attached to a tube. Read the British Heart Foundation’s article on shisha before smoking.

Below is a shisha sold at Amazon.com. 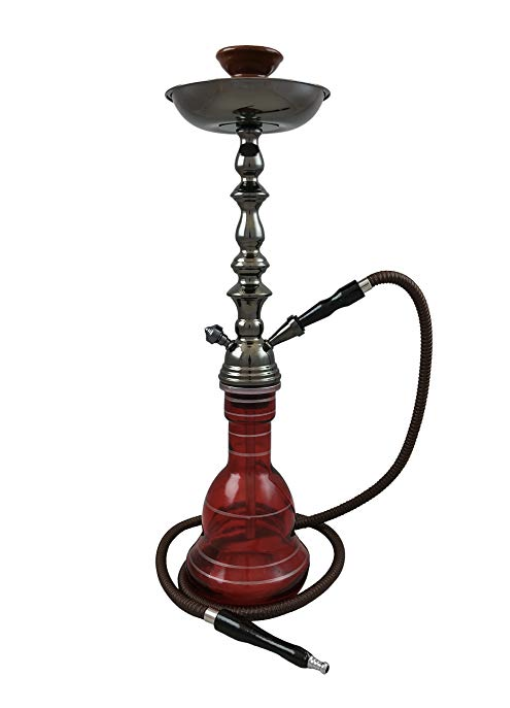 In my experience, Jordanian coffee, known as Al-Qahwa is too watered down. My server at the hotel served it in a French press. 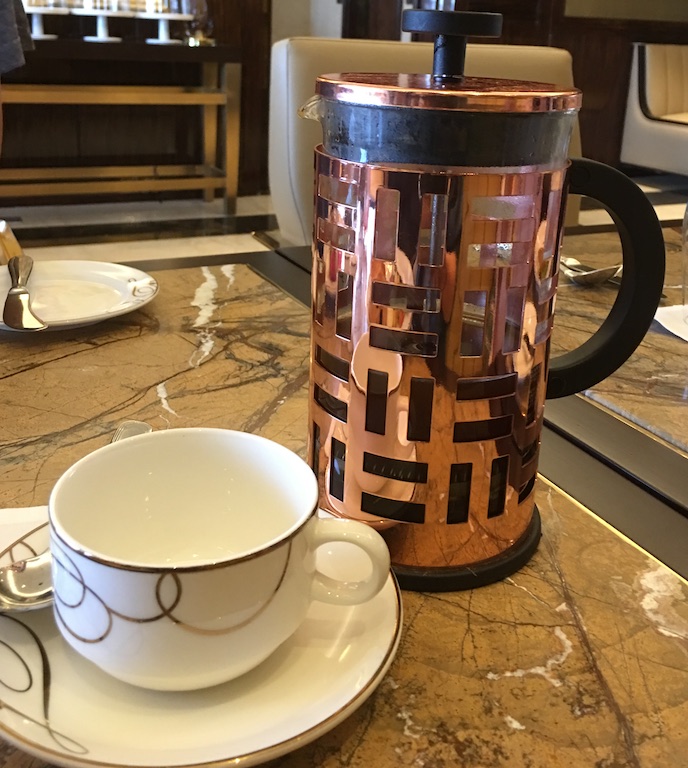 I prefer the robust, Jordanian-style cardamom-flavored Turkish coffee. This coffee is prepared with finely ground coffee, and it is unfiltered. You’re bound to drink the coffee and eat the grounds too. A good server will ask if you would like lots of sugar, little or no sugar in your coffee. Sugar is added in the Turkish coffee decanter during the brewing process.

Some people have fun in telling one’s fortune by looking at the coffee grounds of a fresh cup of coffee. Whether you believe or don’t believe about telling fortune when in Jordan, you must try the Jordanian-style Turkish coffee flavored with cardamom. And if you haven’t been to Jordan and want to try Jordanian-style Turkish coffee, check out Al Ameed’s Turkish Coffee on Amazon. 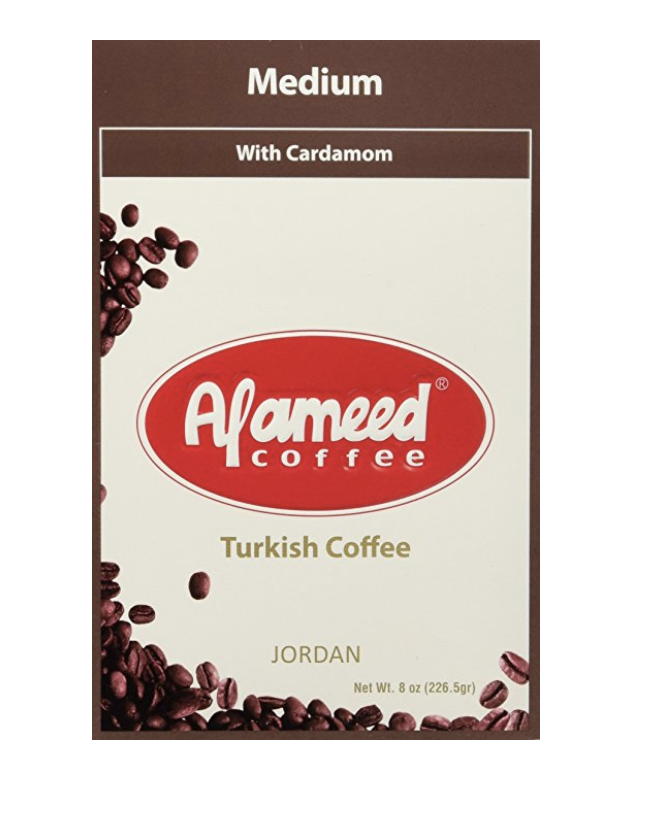 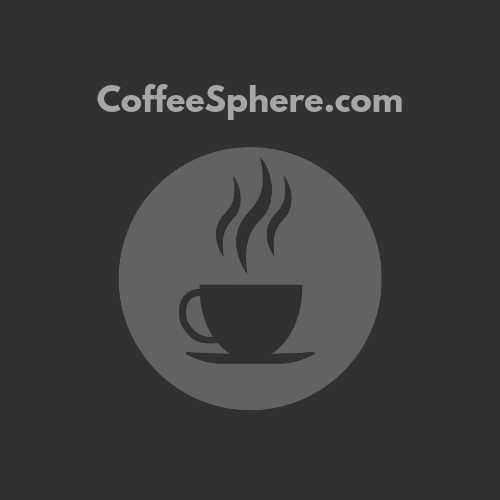 Pour Over Coffee Maker for Just $20 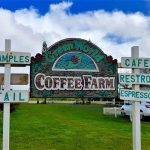 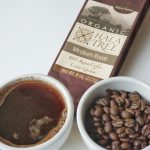 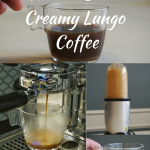 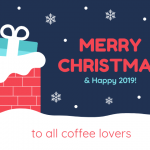 We want to do a lot of stuff; we're not in great shape. We didn't get a good night's sleep. We're a little depressed. Coffee solves all these problems in one delightful little cup.